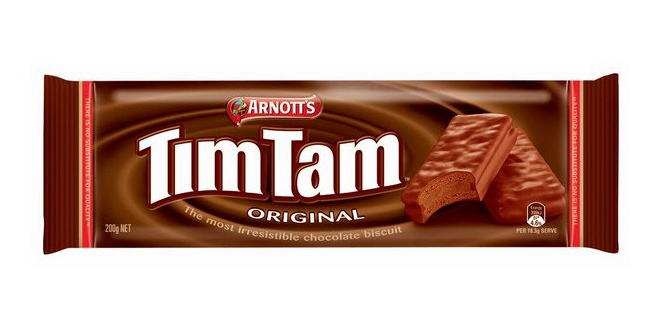 If you’ve never had a Tim Tam, you don’t know what you’re missing.  We very rarely eat junk food.  But since we love trying the local cuisine when we travel, we’ll try just about anything.   On our first trip to Australia a few years ago, we ran across Tim Tam’s.  All it took was one and we were hooked.

Tim Tam’s are made by Arnott’s in Australia.  While those in the US would call them cookies, they would say they’re biscuits.  It doesn’t matter what the terminology is, they’re basically addictive as all get out.  They come in a variety of flavors. Tim Tam Original (chocolate), Tim Tam White, Tim Tam Double Chocolate Vanilla, Tim Tam Chocolate Orange, Tim Tam Turkish Delight, Tim Tam Honeycomb, Tim Tam Dark Mint and finally Tim Tam Dark Rum & Raisin.

We prefer the Tim Tam Original.  2 cookies with chocolate creme sandwiched in between all covered in chocolate.  To those in the know, a special way to enjoy Tim Tams is to bite off a very small piece on opposing diagonal ends of the cookie and use it as a straw.  It works best with cold milk, coffee, tea or hot chocolate.

Tim Tam’s were hard to come by in the US, until a few years ago.  Pepperidge Farm now imports them and sells them under their label. You can find them at Cost Plus and Target.  You can also find it various places online., including Amazon.  If you’re traveling, you can also find Tim Tam’s in Thailand, Indonesia, Malaysia, Singapore and other Asian countries.  Most convenience stores will stock them.

And if you don’t believe they’re popular, here’s a statistic from the Arnott’s website:  “1 in every 2 Australian households contains a packet of Tim Tams and around 35 million packs are sold each year –  that’s nearly 400 million biscuits!” 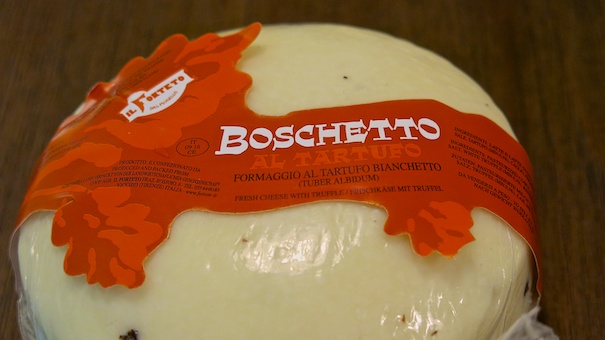 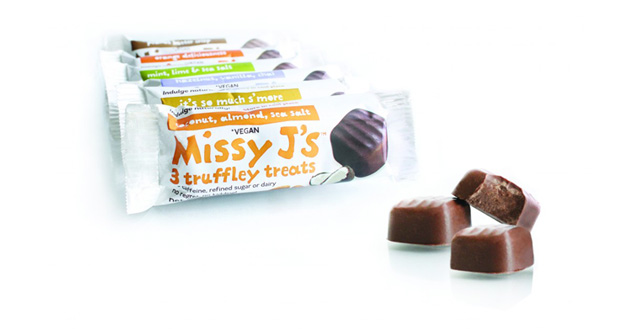 by me April 23, 2014
Show CommentsClose Comments