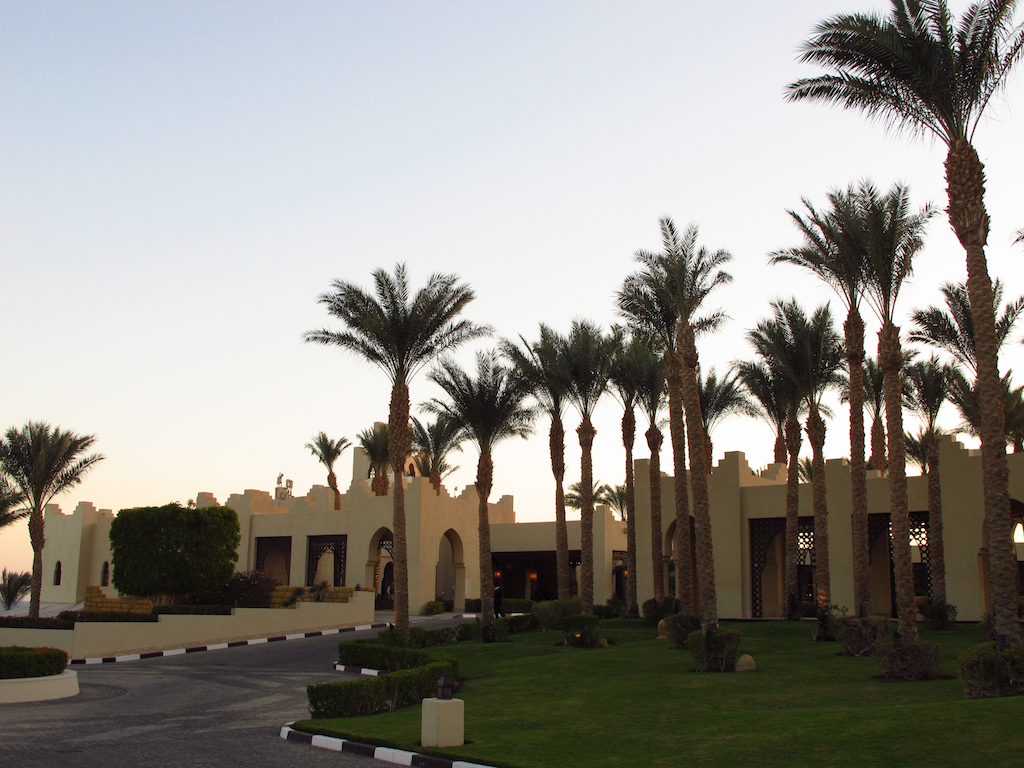 Facilities:  The spa at the Four Seasons Sharm El Sheikh is part of a very large building located towards one end of the Four Seasons Sharm el Sheikh complex.  There’s a very ample lap pool that’s secluded off to one side, as well as a large workout and exercise facility directly behind the check in area.  The workout area features the latest in exercise equipment, along with enough machines even if the resort is at it’s busiest.  The internal lounge areas were large, however, our only one small complaint was the locker area.  It’s very tiny and if there are two or three people arriving/departing a spa appointment at the same time, it can be a bit cramped.  There’s a sauna, access to the outdoor pool area, as well as two large shower rooms.  The waiting area inside the lounge was very comfortable with ample seating and magazines to read while you wait.

The spa treatment rooms vary in size, but they’re almost all larger than what you find in other resorts.  The access halls and rooms are dimly lit, which makes it easy on the eyes when you’re done with your treatment.  Rooms have high ceilings and are very quiet, you think you’re the only one in the whole spa.  Very relaxing.

Service: The spa staff here were wonderful.  From check-in to treatment, everybody was extremely pleasant and helpful.  Reservations, check-in and check-out were done quickly and efficiently.

Treatments: There’s a good array of spa treatments available.  In addition to the basic swedish massage, we also tried the Arabic Coffee Scrub and Balinese spa treatments.  All were high quality and extremely well done.

Pricing: Prices were what one would expect at a Four Seasons.

Overall, we really like the spa here.  Appointments were easy to arrange and the staff were more than helpful.  You can read our review of the hotel, here.

[box type=”info” ]Check the Four Season’s website before you leave home to see if any spa specials are being offered. And remember, make your appointment early, especially during high season. [/box]